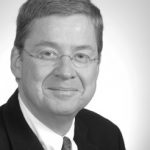 May 16, 2017: With heavy hearts, the Association of Canadian Advertisers announces the passing of Paul Hétu, VP, Montréal.

Paul passed away suddenly on Saturday afternoon. He leaves behind a daughter, two sons and his wife, Louise.

“For nearly 14 years, Paul was the driving force behind ACA’s success in the Québec market,” said Ron Lund, President and CEO, ACA. “He was well-known, liked and respected by all. Paul was a consummate team player with everyone in the Toronto office and a personal sounding board and friend to me.”

Paul joined ACA in 2003 after a successful career on both client and agency side of the Québec MarCom industry.

He began his career in 1976 at agency PNMD Communication Inc. After stints at Ogilvy & Mather and Cossette Communications, he returned to PNMD where, during his 20 years at this agency, he managed a roster of blue-chip accounts, including the Fédération des producteurs de lait du Québec, Petro-Canada, Loto Québec, Pharmaprix, Labatt, and the Daimler Chrysler Dealer Advertising Association of Québec.

He would become partner and co-owner of PNMD before leaving in 2001 to join another of his clients, big-box retailer Réno-Dépôt, where he was Vice President, Communications and Advertising between 2001 and 2003.