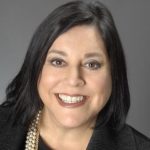 Toronto, May 2, 2016: For more than 21 years, Linda Nagel has helped strengthen and transform advertising self-regulation in Canada. It’s not the kind of work that wins awards, but every Canadian marketer and advertiser has benefited from her efforts.

Fitting, then, that Nagel, President and CEO of Advertising Standards Canada (ASC), receives the 2016 ACA Gold Medal Award, which recognizes an individual who has made an outstanding contribution to the advancement of marketing communications in Canada.

Under Nagel’s watch, the not-for-profit ASC affirmed its mandate and rebranded to focus on the fundamentals of responsible advertising self-regulation, overhauled the Canadian Code of Advertising Standards to ensure its continued relevancy, embraced transparency in consumer complaints reporting and launched major public awareness campaigns, cementing ASC’s position as a self-regulatory body respected by consumers, industry and government.

“Linda’s tireless efforts have created a healthy environment for advertising in Canada,” said Ron Lund, President and CEO, ACA. “It is an honour to present her with this award.”
Nagel also oversaw significant growth, as ASC expanded its ad preclearance services and took on additional responsibilities, including the accountability program for Digital Advertising Alliance of Canada’s AdChoices Program.

Through her international involvement, including her role as Chair of the International Council on Advertising Self-Regulation, she has helped foster best practices on a global level.

“It takes a mature industry to support responsible industry self-regulation,” Nagel said. “I am gratified by the support from all our stakeholders.”

“There are few tasks more critical for the advertising industry than building trust and integrity with the Canadian public,” said Patrick Dickinson, SVP, Core Marketing and Brand Strategy, Hudson’s Bay Company, and chair of ACA’s Board of Directors. “No one can claim more success in accomplishing it than Linda.”

The ACA Gold Medal Award will be presented to Nagel at the 2016 Marketing Awards gala on June 2, 2016 at The Carlu in Toronto.

The ACA Gold Medal Award is:

The 2015 recipient was Paul Lavoie, Chief Creative Officer and Chairman at Taxi. View the full list of past honorees.